Financial industry groups wasted no time telling Alexander Acosta what his first priority should be upon winning confirmation from the Senate as secretary of Labor Thursday night: Extend the delay of the DOL fiduciary rule.

Mr. Acosta takes the helm of the agency as it reviews the regulation under a directive from President Donald J. Trump, who told the DOL to rework its cost-benefit assessment of the regulation and modify or repeal the measure if it denies retirement savers access to advice or increases litigation risk for financial firms. The DOL delayed implementation of the measure from April 10 to June 9, but the industry wants a longer time out.

“We strongly urge Secretary Acosta to take immediate action to further delay implementation of the fiduciary duty rule a minimum of 180 days beyond the current June 9, 2017, applicability date,” Kenneth E. Bentsen Jr., president and CEO of the Securities Industry and Financial Markets Association, said in a statement. “As required by President Trump’s [memo], the DOL needs to prepare an updated economic and legal analysis concerning the likely impact of the fiduciary duty rule. This review will take time, and Secretary Acosta should immediately delay the June 9 implementation date while the required review is ongoing.

The Financial Services Roundtable called for a 180-day delay in a statement following the confirmation vote.

Two provisions of the rule — an expansion of the definition of who is a fiduciary to retirement plans and impartial conduct standards — will become applicable on June 9. The DOL has said it will complete the review of the rule between then and Jan. 1, the implementation deadline for the full measure.

Financial industry opponents are upset about that timeline, asserting that the whole rule should be delayed during the review.

Supporters of the regulation — which would require financial advisers to act in the best interests of their clients in retirement accounts — say that several court victories for the rule in lawsuits filed by industry opponents demonstrate its integrity. They question the motivation behind Mr. Trump’s directive, which echoes industry arguments against the measure.

The Consumer Federation of America said that the review is politically motivated and signaled it might challenge the Trump administration in court.

“[A]lthough we still hope to be proven wrong, the weight of the evidence leads us to conclude that the department has already predetermined the outcome of this reconsideration and expects to revise or replace the rule, regardless of what the reconsideration indicates about the effectiveness and workability of the rule,” Barbara Roper, CFA director of investor protection, and Micah Hauptman, CFA financial services counsel, wrote in an April 17 comment letter. “If true, that would be a gross abuse of process and would subject the department to claims that it acted in an arbitrary and capricious manner.” 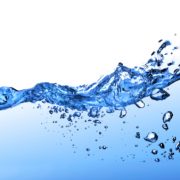 The Department of Labor has delayed the implementation of the fiduciary rule by 60 days, according to filing in the Federal Register. The move comes after Labor Department in February proposed a delay after President Trump ordered a review. During the 15-day comment period on whether to delay implementation, the Labor Department received approximately 193,000 comments, the department says in its 63-page filing. In that deluge, wealth management firms and some advisers pushed for the rule to be postponed lest they have to make changes to client relationships multiple times.

It looks as if the implementation delay for the Department of Labor’s fiduciary rule will be approved just under the wire.

In a letter filed with the Fifth Circuit Court of Appeals on Monday for a lawsuit against the rule, the Department of Justice indicated that the DOL is pushing for release of the final delay rule on Wednesday. The measure is under review at the Office of Management and Budget.

“The Department [of Labor] has requested that the rule be made publicly available the morning of Wednesday, April 5, and that the rule be published in the Federal Registered no later than April 7,” Michael Shih, a DOJ lawyer, wrote in an April 3 letter to the appeals court clerk, Lyle Cayce

The delay, which would push back the fiduciary-rule implementation date from April 10 to June 9, is expected to go into effect immediately upon publication in the Federal Register.

The DOL is seeking the delay in order to reassess the rule as called for in a Feb. 3 directive from President Donald Trump, who told the agency to modify or repeal the regulation if it was projected to deny investors access to investment advice or cause an increase in litigation for firms.

Those are two of the arguments that the financial-industry plaintiffs have cited in seeking a preliminary injunction against the rule, which opponents say is too complex and costly. Their motion was denied at the district level in Dallas, and they have appealed to the Fifth Circuit. The industry plaintiffs also lost on summary judgment at the district level in Dallas and have appealed that decision.

The DOL opposes a preliminary injunction, saying it is superfluous given the pending review of the fiduciary rule.

“[T]he balance of equities weighs decisively against interrupting the agency’s administrative process to vindicate the preferences of these disappointed litigants,” the DOJ, on behalf of the DOL, wrote in response to the motion for a preliminary injunction. The plaintiffs asked the court to rule on the injunction appeal by Tuesday, April 4.

Proponents of the rule, which would require financial advisers to act in the best interests of their clients in retirement accounts, say the measure is needed to protect investors from conflicted advice that leads to the sales of inappropriate, high-fee investments that erode savings. 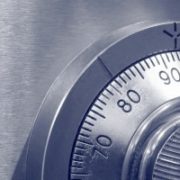