DOL: We Won’t Enforce Fiduciary Rule While Delay is Undecided

The Department of Labor issued a bulletin Friday alerting the financial services industry that it will not pursue strong enforcement of its fiduciary rule in the short term.

The bulletin was issued to clear up confusing over the rapidly approaching April 10 applicability date. That date may be delayed by 60 days if a DOL rule is published in time.

“Financial services institutions have expressed concern about investor confusion and other marketplace disruption based on uncertainty about whether a final rule implementing any delay will be published before April 10, whether there may be a ‘gap’ period during which the fiduciary duty rule becomes applicable before a delay is published after April 10,” the bulletin reads.

A. In the event the Department issues a final rule after April 10 implementing a delay in the applicability date of the fiduciary duty rule and related PTEs, the Department will not initiate an enforcement action because an adviser or financial institution did not satisfy conditions of the rule or the PTEs during the “gap” period.

B. In the event the Department decides not to issue a delay in the fiduciary duty rule and related PTEs, the Department will not initiate an enforcement action because an adviser or financial institution, as of the April 10 applicability date of the rule, failed to satisfy conditions of the rule or the PTEs provided that the adviser or financial institution satisfies the applicable conditions of the rule or PTEs, including sending out required disclosures or other documents to retirement investors, within a reasonable period after the publication of a decision not to delay the April 10 applicability date.

The DOL added that it will consider additional relief “as necessary,” but added that the bulletin “should not be read as expressing any view on any decision regarding a final rule on the (delay).”

President Donald J. Trump ordered the department to seek a delay in a Feb. 3 memorandum. Trump’s memo tasked the DOL with studying whether the rule will deprive Americans of retirement advice and/or add undo cost burdens.

Republicans control the White House, as well as both chambers of Congress, and are intent on killing the Obama administration regulation. The fiduciary rule requires anyone selling financial products with retirement dollars to adhere to a strict best-interest standard, or face class-action liability.

“I have a very nuanced view of the DoL fiduciary duty rule: I think it is a terrible, horrible, no-good, very bad rule. For me that rule was never ever about investor protection,” Chairman Michael Piwowar says. “To me, that rule, it was about one thing and it was about enabling trial lawyers to increase profits.”

His comments come as the fate of the Labor Department regulation is uncertain; the department has moved to delay implemention while it reviews the rule.

Piwowar says now is the time to rethink the entire debate around a fiduciary standard because of favorable circumstances, including the freeze he put on writing new Dodd-Frank rules at the commission and the administration’s push to slow or block the Department of Labor’s fiduciary rule.

“That now opens us up to have a lot of staff-driven ideas come up through the commission, maybe things that haven’t gotten on the agenda for the last six-and-a-half years because they’ve been sort of crowded out by Dodd-Frank rulemaking, but yet are things we should be doing or should be thinking about,” Piwowar said in remarks at the Investment Adviser Association’s annual regulatory and compliance conference.

For the better part of a decade, the debate over a uniform fiduciary standard has been framed by the provision in the Dodd-Frank Act that authorized (but did not require) the SEC to harmonize the rules governing different types of financial professionals who serve retail investors. In the context of the highly politicized and polarizing Wall Street reform law, participants in the fiduciary debate have tended to retreat to their “camps,” Piwowar says, and the uneven standards of care remain unchanged.

“What I’d like to do is take the opportunity to step back from that and have a more fulsome discussion,” he says.

Piwowar suggests using a 2008 RAND study that the SEC commissioned as a starting point to reorient the fiduciary discussion. That study found that while investors are generally pleased with the investment advice they receive, there is widespread confusion about the different standards of care that govern the brokerage and advisory sectors.

In part, that confusion arises from the myriad titles financial professionals confer upon themselves, with many strains of “advisers” offering their services while operating under different regulatory environments.

He says that a renewed consideration of the fiduciary standard could “start a conversation with people about, ‘Gee, if you call yourself an adviser or an advisor, then you have to hold yourself out to the suitability requirement of the Investment Adviser Act and case law that’s come before that.'”

Piwowar urged the advisers and compliance professionals attending the IAA’s conference to engage with SEC staffers to advance the fiduciary discussion and help to surface other proposals that could improve the regulatory environment, such as reforms to the commission’s advertising or custody rules.

Piwowar acknowledges that there will be little movement on major rulemaking initiatives like a fiduciary standard while he is the acting chair, but he hopes to at least to begin developing the groundwork for some fresh proposals ahead of the confirmation of Jay Clayton, President Trump’s nominee for chairman, and the filling of the two additional vacant commission seats.

By MARIANNE LEVINE and PATRICK TEMPLE-WEST

The Labor Department on Wednesday took the first step toward handing financial companies a victory in their effort to eliminate a controversial conflict-of-interest rule for brokers who offer retirement investing advice to customers.

The department proposed to delay the so-called fiduciary rule, which the Obama administration finalized last year after a fierce battle with the financial industry. The rule is scheduled to begin on April 10, but the proposal would delay that until June 9.

The move stems from a memo that President Donald Trump issued on Feb. 3 asking the agency to reevaluate the rule and defer its implementation.

The fiduciary rule would require financial brokers to consider their clients’ best interest — not their own commissions — when offering retirement investing advice. Insurance companies, mutual funds and brokerages have fought the rule because it will limit their sales practices. Lobbyists for these businesses praised the proposed delay.

Though the delay was expected after Trump’s memo, the 60-day period was shorter than what many lobbyists wanted.

“It’s certainly not what a lot of people in industry asked for,” said Michael Kreps, a principal at Groom Law Group. “We’re not sure why the [Trump] administration, the Department of Labor in consultation with OMB [Office of Management and Budget], why they landed on 60 days as opposed to a longer delay.”

Despite the brief delay, financial companies can still expect the Trump administration to ultimately rescind the fiduciary rule, said Jaret Seiberg, an analyst with Cowen & Co.

“This is about protecting the delay from a legal challenge,” Seiberg said in a research note. “A shorter delay leaves less time to challenge the delay and the overall magnitude of the cost of delay is less. As a result, it is a safer option for the Labor Department.”

In early June, the Labor Department is likely to issue another delay in conjunction with a plan to rescind much of the regulation, Seiberg said.

Republicans were quick to praise the move. Lamar Alexander (R-Tenn.), who chairs the Senate HELP Committee, said the delay “is a good first step in reviewing and repealing the so-called fiduciary rule” and that “the rule should be withdrawn before it cripples low- and middle-income Tennesseans’ access to affordable retirement advice.”

Not all financial companies want the rule eliminated. Financial Engines Inc., a California-based company that offers retirement planning services, said in a Feb. 24 letter to the Labor Department that the fiduciary rule is “crucial” and “beneficial for investors.”

“The vast majority of investors are entirely unaware that these conflicts of interest even exist, and often end up with investments that have lower returns and higher fees,” Financial Engines said. 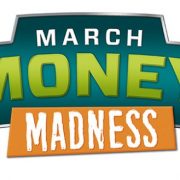 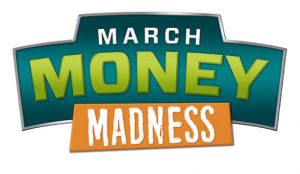 For each annuity sale of $50,000 premium or more, you will earn an additional

For Producer Use Only.