What’s Next for the DOL Fiduciary Rule?

The Department of Labor fiduciary rule does not exist anymore after a late-Thursday court ruling. That court decision opens the door for the Securities and Exchange Commission and state insurance departments to take over rulemaking.

The Fifth Circuit Court of Appeals’ 2-1 decision stunned the industry and has many asking the same question this morning: What now?

Originally Posted at InsuranceNewsNet on March 16, 2018 by John Hilton.

Gibson Dunn, the law firm that successfully argued to vacate the Labor Department’s fiduciary rule before the U.S. Court of Appeals for the 5th Circuit, says the 2-to-1 decision in favor of industry opponents of the rule applies “nationwide.”

Citing the Administrative Procedure Act, the law that governs federal agency rule making, and Black’s Law Dictionary, attorneys for the firm said the ruling has the effect of the removing the fiduciary rule from the books.

Click HERE to read the original story via ThinkAdvisor.

“Under the APA, ‘vacatur’ is a remedy by which courts ‘set aside agency action’ that is arbitrary and capricious or otherwise outside of the agency’s statutory authority,” wrote attorneys for Gibson Dunn, including Eugene Scalia, in a client update.

The consequence of the 5th Circuit’s decision is to delete the fiduciary rule. “Because the effect of vacatur is, in essence, to remove a regulation from the books, its effect is nationwide,” wrote Mr. Scalia and a team of Gibson Dunn attorneys.

Since the decision was released last week, some attorneys in press reports have speculated that the fiduciary rule is still in effect. Other reports have suggested the decision may only impact investment and insurance providers and distributions within states under the 5thCircuit’s jurisdiction.

But the impact of the decision is not as ambiguous as some reports claim, according to Gibson Dunn.

By May 7, when the 5th Circuit is scheduled to issue a final order under the Federal Rules of Appellate Procedure, the fiduciary rule will effectively be erased from the Federal Register, “without geographical limitation,” the attorneys say.

Gibson Dunn’s client update also sets out to clarify the existence of a so-called circuit split over the fiduciary rule.

But the 10th Circuit decision did not address the larger question of the Labor Department’s authority to write the fiduciary rule as it did.

“Because the 5th Circuit vacated the rule on grounds the 10th Circuit did not address, no ‘circuit conflict’ is presented by the two decisions,” say the Gibson Dunn team.

The question of whether a circuit conflict, or split, exists has ramifications on a potential Supreme Court review of the fiduciary rule case.

“We commented on the scope of the 10th Circuit decision to correct apparent misperceptions about it,” said Jason Mendro, a partner at Gibson Dunn, in an email. “We had seen commentary incorrectly suggesting that it conflicts with the 5th Circuit’s decision, so we wanted to clarify that it does not.”

The odds of a Supreme Court review of any case are “always very low,” said Mr. Mendro, who was part of the litigation team that appealed to the 5th Circuit. According to the Supreme Court’s website, up to 8,000 petitions for review are requested each term. The High Court typically grants full review in about 1 percent of cases.

“The absence of a circuit split further reduces the likelihood of such review,” added Mr. Mendro.

NAFA expected to drop its appeal in D.C. Circuit

Last November, oral arguments before the D.C. Circuit Court of Appeals were delayed in a case brought by the National Association for Fixed Annuities.

NAFA was granted a delay of its hearing until after the 5th Circuit issued its decision. The original hearing in the D.C. Circuit had been scheduled for December 8, 2017.

Now that the 5th Circuit has vacated the fiduciary rule in its entirety, NAFA can be expected to drop its appeal, removing the potential for a split with the D.C. Circuit.

“When the (5th Circuit) court issues the mandate, vacatur will become effective, and the appellants (NAFA) in the D.C. Circuit case will have obtained the full measure of relief they sought in their appeal,” explained Mr. Mendro. “They should, therefore, dismiss their appeal.”

Originally Posted at ThinkAdvisor on March 19, 2018 by Nick Thornton. 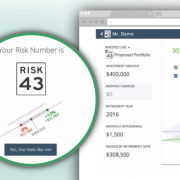 You can count on The Life and Annuity Shop to provide one-stop shopping for making Department of Labor (DOL) Fiduciary Rule compliant sales. Regardless of the DOL’s actions, we are committed to helping Agents uncover more assets, offer more client services and make recommendations in the client’s best interest. We are your strategic partner.

We have invested heavily in developing the right resource for independent agents, agencies and other marketing firms. Our unique platform puts you in position to document your recommendations are in the best interest of the client.