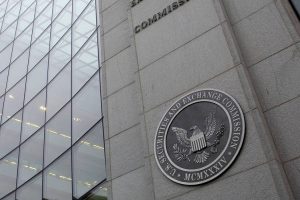 For years, the common shorthand in describing any SEC move to set new regulations for brokers was a “uniform fiduciary standard” that would “harmonize” the rules for broker-dealers and investment advisors.

Nearly a decade after the debate began in earnest, the SEC on Wednesday issued a set of proposed rules that would neither impose a fiduciary standard on brokers nor fully align the standards for all wealth managers serving retail clients.

Instead, the SEC is backing a standard that would require brokers to put their clients’ interests ahead of their own, giving it a name that some investor advocates say is fundamentally misleading.

“I think what we see here falls well short of where we need to be to really get to a best interest standard,” says Knut Rostad, president of the Institute for the Fiduciary Standard.

The commission is accepting comments on the proposal for 90 days.

It’s in the final component of the best interest proposal concerning conflict policies and mitigation that some consumer advocates see the greatest shortfall. Though the rule would require brokers to “disclose and mitigate” conflicts, if not eliminate them altogether, it still sounds only like a slightly more muscular version of the current suitability standard that governs brokers, according to Andrew Stoltmann, an attorney and president of the Public Investors Arbitration Bar Association.

“Right now, this standard shades far left towards the suitability standard, and is light years away from the fiduciary standard,” Stoltmann says in an interview, adding the current proposal is “somewhat disappointing.”

RIAs are still bound by their longstanding fiduciary obligation, though Stoltmann worries that that standard could get watered down in light of the interpretive guidance for advisors that the SEC is considering as part of the proposals put forward yesterday.

“I think it’s clear that an RIA can’t recommend a proprietary product,” Stoltmann says. “The question I have is whether the SEC when it’s proposing parameters will say it’s okay for a fiduciary to do certain activities ― like recommending proprietary funds ― so long as the conflicts are disclosed.”

Others are more sympathetic to the brokerage model and take issue with a characterization that equates commissions with pernicious conflicts. When most brokers evaluate whether a product or strategy is suitable for their client, they weigh much the same information as a fiduciary advisor, including the cost of the product and a client’s risk tolerance and investment objectives, among other factors, according to Brendan McGarry, a financial-services attorney with the firm Kaufman

“The considerations are largely the same,” McGarry says in an interview. “I would argue that if you really look at the analysis that goes into determining if something is suitable or in the best interest or what goes into the fiduciary responsibility, when you break it down they’re really not all that different.”

Rostad, who says that “the immutable law is conflicts of interest are inherently harmful,” probably wouldn’t buy that.

Though Rostad grants that the SEC’s proposal was a “step forward” for improving investor protections, the best interest standard leaves much to be desired, given that the ambiguity over the term “mitigate” leaves open room for continued conflicts of interest, he says.

“Unless the best interest standard is truly is very, very akin to the fiduciary standard, then it is potentially ― probably ― misleading,” Rostad says. “There’s no such thing as three-quarters of a best-interest standard. You’ve either made it or you haven’t. This is pass-fail.”

So if the new broker standard isn’t a fiduciary standard, and it’s not as stringent as the rules governing the advisor camp, the SEC could have gone the other way, and acknowledged that brokers and advisors operate on separate tracks.

“If we’re not going to make material changes, let’s call it what it is ― and it is a broker standard,” Rostad says. “Never mind harmonization. Let’s go back to demarcation, and that is to separate them.”

Thanks in large part to the Department of Labor’s fiduciary proposal, that term ― “fiduciary” ― has gained currency among investors. But even as the SEC’s proposal seeks to elevate standards of care, by conferring on brokers a best-interest label, it could chip away at what had been a point of distinction for RIAs, according to Stoltmann.

“Under Regulation Best Interest, were seeing those lines blurred and crossed,” he says. “Think about that ― the average retail stock broker can say, ‘Well, yeah, a fiduciary has to act in your best interest, but so do I. Here’s the SEC saying it.’ And unless the client is a securities attorney, they’re going to say that sounds about right to me. So it sows the seeds of confusion.”

E&O plan with coverage for the new DOL Fiduciary rule included at no additional cost.

Best interest is in the eye of the beholder…

Who Is Winning With the Fiduciary Rule? Wall Street

What’s Next for the DOL Fiduciary Rule?

Consumers Comfortable, Yet Terrified Of Risk
Scroll to top